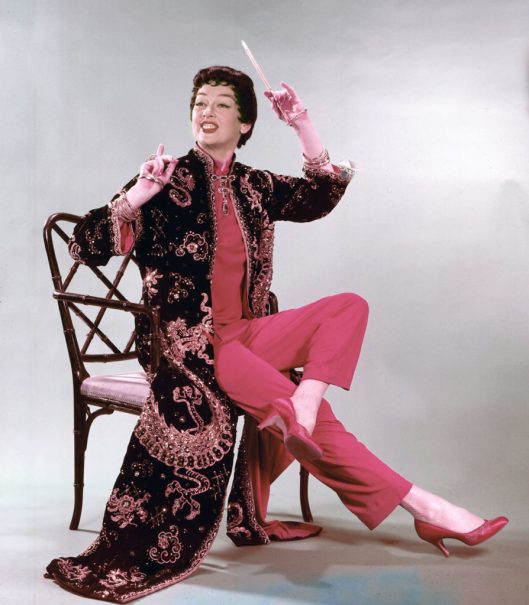 In the words of Auntie Mame …

“Life’s a banquet and most poor suckers are starving to death.”

The wonder dog and I hit the road this week, for a property inspection in NSW Southern Highlands. The pics on line had grabbed my attention, and while my column in the Saturday Telegraph is more often than not about Dream Homes of a certain style, 542 Moss Vale Road pretty much crossed those boundaries. But I cared not one tit. It looked delicious, rich, lavish and more to the point, interesting. 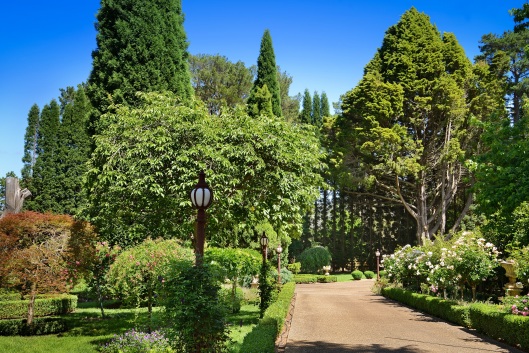 The floorplan is single level, but the decor is another level all together. Murals, amazing murals, which the agent estimates would cost a million dollars to replicate, illuminate spaces – the dining room? The design of this room could only encourage the most retiring  guest to add full throated opinion to discussion, adding to the enjoyment of lucky guests seated around a large and inviting table.

The living areas are more salons than rooms – the furnishings  (much of which may be negotiated as part of the sale) are silk and brocade and guilt and perfect for these most wonderful spaces. 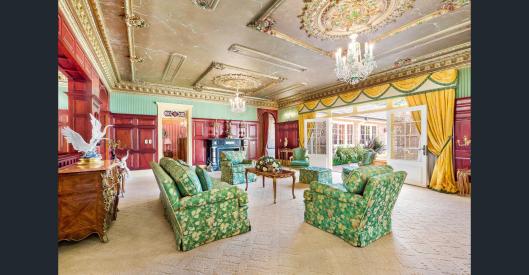 What I wouldn’t give to have been lucky enough to have attended a big ‘do’ here as a guest of the former owner who I am reliably told just loved to have folks over. 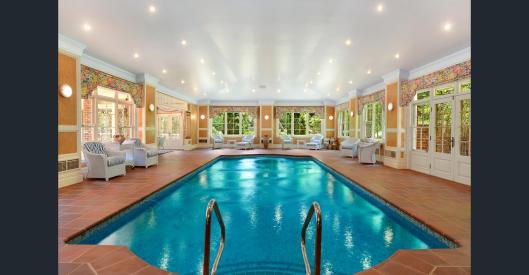 The pictures tell so much of the story – I mean look at that Teppenayaki kitchen/dining bar, it opens onto the INDOOR POOL! 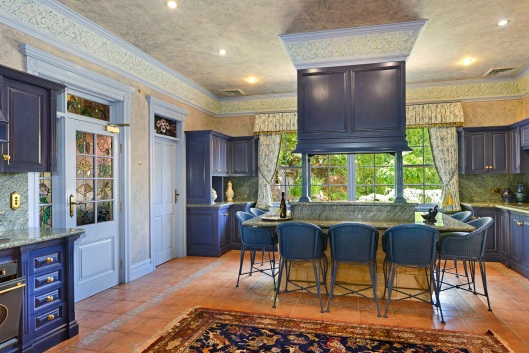 The master bedroom, a study in pink, includes a sunlit sitting area, and measures a staggering 50sqm. The word ‘palatial’ came to mind again, but I may have been influenced by all the guilt furniture.  The ensuite does not exceed expectations despite columns around the sunken bath, a flawless marble statue, and a shower encased in etched glass. 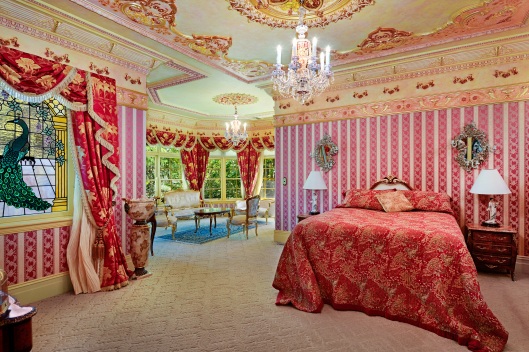 And the gardens – oh my giddy aunt! Three acres of towering conifers, swathes of rose beds and winding paths that tke you past waterfall endowed ponds surrounded by gnarled and bountiful weeping cherry trees. 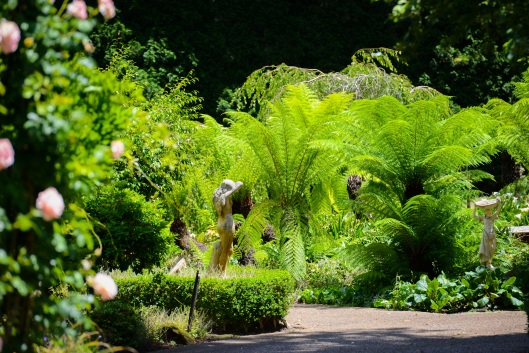 Amazing, I could have wandered the halls and pathways for another hour or more, but the wonder dog was giving me that look from the front seat and it was time to go. 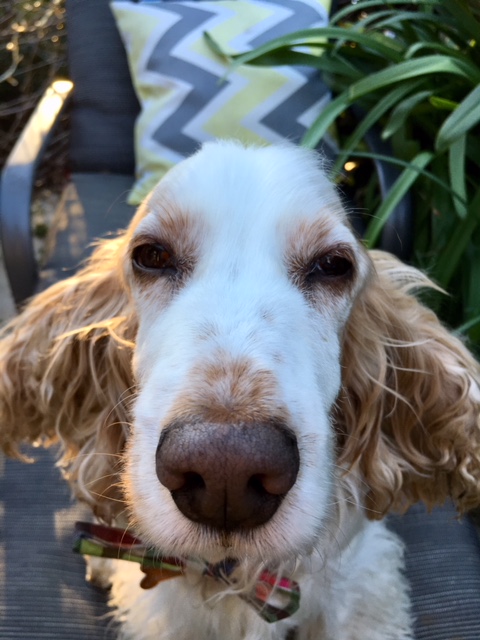 Di Jones Southern Highlands has the listing, and its looking for around $AUD3.9m

Prue Miller is a freelance property and architecture journalist in Sydney Australia.